When it comes to picking a destination, most travelers craving luxury don’t consider a city in the middle of the desert as their first choice — but they should!

That’s because Dubai, a city located south of the Persian Gulf on the Arabian Peninsula, is one of the most opulent destinations in the world.

Dubai has it all — shopping, dining, and some of the world’s most breathtaking sights. This includes The World, a man-made archipelago of 300 islands constructed in the shape of the land masses of Earth, and Burj Al Arab, where you’ll find the world’s most expensive hotel room.

When JustLuxe asked me to write about the things that make Dubai a place that no self-respecting traveler with a developed wanderlust should miss, I was happy to oblige. A true mirage in the desert, the city is dotted with lush, green golf courses; fabulous restaurants and hotels; and high-end stores packed with designer wares, top-end electronics, and VIP treatment available around every corner.
I talk about all these things and much more in my full article, “Dubai: The Ultimate VIP Experience.” If you’ve never been to Dubai, I hope my stamp of approval will convince you to give it a try. Thanks JustLuxe for running the piece! 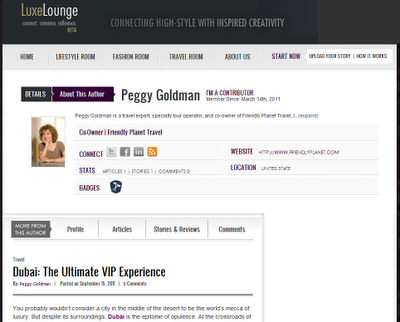 Friendly Planet Travel is 30 years old thanks to you 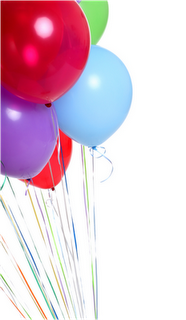 One of the things I’m often asked is how did Friendly Planet Travel start. And I’m being asked this even more today because I’ve been telling everyone that we reached our 30th year in business.

That’s quite an accomplishment in the world of travel, so I thought I would share that story here on the blog. But before I do, I want to thank you.

Without you booking our tours for the past three decades, we wouldn’t have been able to come this far. For that, I couldn’t be more grateful.

So let’s get to the story. Thirty years ago I was a single mother of two searching for a full-time position teaching English to support my family. I took a job as a travel agent in the interim just to pay the bills.

It was at that job that I first heard about the World Gathering of Jewish Holocaust Survivors that was going to be taking place in Israel. It was the first time that survivors of the Holocaust would meet in Jerusalem.

I seized the opportunity to create my first group tour. It consisted of 200 local Holocaust survivors and their families who I would help take part in this historic gathering. Little did I know that at that moment, my teaching career was over.

Organizing and then participating in that first group tour to Israel was one of the most rewarding things I have ever done in my life. We witnessed Israel’s Prime Minister Menachem Begin stand on the Western Wall in Jerusalem saying “never again” in many different languages. It was extraordinary.

That first group tour unleashed a passion — maybe even an obsession — that needed to be satisfied by doing it again and again. And that’s how Friendly Planet Travel was established.

From there I kept selling group tours to Israel, and I soon extended them to Christian organizations. I spoke in churches all across America about why, from the perspective of a child of Holocaust survivors, it was important for Christians to be supportive of Israel. It was a great personal and professional experience, and the groups evolved and grew in number.

Eventually business expanded outside of religious groups, and I started adding new, exotic destinations. Today we have over 54 tours to exotic points around the globe to choose from — from the Middle East, to Africa, to Asia, to Europe, to the Mediterranean, to Central American, to South America.

Throughout our growth, we’ve also seen the travel industry change dramatically. The Internet’s ability to let you book your own trip put a lot of travel agencies out of business. But we stayed a step ahead to keep giving you new ways to experience more exotic parts of the world. In fact, Friendly Planet Travel was one of the first tour operators to develop an escorted touring program exclusively for the Web.

It’s embarrassing to admit this now, but I didn’t know what the Internet was when people first started talking about it! But someone suggested that it would be good for business, so I decided to check it out. We launched Friendly Planet Travel’s website in 2001 and anxiously waited for the phones to start ringing — and they did!

Happily, they are still ringing today, all those years later. Later, we added the ability to book a tour online. And just this year, you might have noticed our new booking engine that lets you personalize your vacations using our build-your-own-cruise engine.

As incredible as it was to have launched an Internet travel business so long ago, it was inconceivable that we would become pioneers of the social media revolution. I never considered that at my age, I would find myself in the midst of so much new and exciting social media activity.

We launched our travel blog in 2009, and it has become a key component of our customer communications. In fact, you might remember it being featured by FOXNews Live for the way we use it to update travelers on breaking travel news, new travel trends, share expert travel advice, media coverage, videos, interviews, and more.

Back in 1981, I never thought about where I would end up in 30 years. Now, three decades later, I’m still here. I feel so lucky to have what to me feels like the best job in the world. Thank you for booking our tours to make it all possible. 🙂

A look at Herzlia, Israel

Earlier this spring, I was fortunate enough to be able to go on a trip to Israel with my husband. For me, trips to Israel are not only about visiting family and learning about the timeless history of my people, but they are also a time of fascinating culture, luxurious spas, and dazzling coast lines.
Herzlia, Israel is the perfect vacation target. Herzlia is a small resort town outside Tel Aviv, situated along the stunning Mediterranean coast, and just a short trip from some of the oldest cities in all of civilization. Most of the town’s hotels offer elegant spa packages, and are a short walk from the breathtaking Mediterranean Sea.
Cities such as Caesarea, Megiddo, and Tiberias, among others, are close enough for day trips, and offer fascinating glimpses into our ancient past. See the beautifully restored theater, and extensive (and ongoing) excavations of the ruins of ancient Caesarea. Travel inland to Megiddo, designated a UNESCO World Heritage Site in 2005. And discover Tiberias on the Sea of Galilee.
You can see all of this and much more on Friendly Planet Travel’s Classic Israel vacation. But I don’t think our Web site could do Israel complete justice. So while I was there, I shot some videos to give you a little peak at the beauty and culture found in one of my favorite countries. I’ll be posting the videos here on the blog, starting with this one: a video of a beautiful beach on the coast of Herzlia. Enjoy!