Our Product Development Manager, Judy Poliva, traveled to London and Iceland as the tour leader of our Downton Abbey Christmas Ball with London group tour, and here is her account.

Being a true Downton Abbey fan, I didn’t hesitate to volunteer to lead our Downton Abbey Christmas Ball with London tour two years ago. In fact, the only hesitation I experienced was selecting my outfit for the ball. So many options! So many accessories to consider! After months of planning, and brushing up on my Downton knowledge, our departure day finally arrived.

The true Downton experience started right away, on the flight over the pond, with episodes from seasons 1 and 2 of Downton Abbey on the in-flight entertainment. What a coincidence! It felt like even the airline wanted to make our tour the memory of a lifetime. I got to experience great moments of the show again, like Lady Mary and Matthew Crawley meeting for the first time, as we made our way. During our layover, we all reminisced about our favorite scenes from the show, and of course discussed what we’d be wearing to the ball (a very common conversation on the tour!). The buzz of anticipation was palpable, and the common thread of a love for travel and Downton Abbey was on full display. I already knew it would be a great trip. END_OF_DOCUMENT_TOKEN_TO_BE_REPLACED

5 Countries Where Game of Thrones is Filmed

UPDATE: We hope everyone enjoyed the Season 7 Premiere of HBO’s Game of Thrones and doesn’t if feel like this season is just zipping by?! But we digress… this post is long, and full of spoilers through the end of Season 6.

ORIGINAL POST: Now, down to business. If you’re a fan of Game of Thrones then we don’t need to remind you that season 7 kicks off on Sunday July 16. Last we left our lovable band of ambitious thrones seekers, Daenerys Targaryen was on her long awaited journey back to Westeros with Tyrion (and dragons) in tow, Jon Snow and Sansa Stark were reuniting the North, and Cersei Lannister had wrested power from the grips of all challengers. But there’s still so many questions to be answered (like who are the three heads of the dragon?). Unfortunately, aspiring Maesters won’t find much resolution in the lines of this ponderous tome. But what we can offer is a look into the actual filming locations and sets of many of the iconic GOT settings; and while we’re at it, give you some insight into how you can visit some of these places on our tours.

Northern Ireland is to GOT as Kings Landing is to Westeros – that is to say, the buzzing capital of the entire operation. Paint Hall studio in Belfast, located on the original Harland and Wolff shipyard where parts of the Titanic were built, holds the interior sets of Winterfell, Castle Black, Daenerys’s throne room in the Great Pyramid and so much more. But it’s the broad sweeping landscapes and grand castle exteriors that really shape the settings of the show and define the stories of its characters, and it’s here where the country of Northern Ireland steals the show.

The entire series opens in Tollymore Forest Park in County Down where a Night’s Watch scouting party discovers that White Walkers are no longer the stuff of ancient lore beyond the Wall. This same forest is where the Stark children discover six orphaned direwolf pups. Not far from the forest sits 1,000 acres of land belonging to Old Castle Ward. On these lands is Audley’s Castle which serves as the exterior of Winterfell. And who can forget when Ned Stark beheaded a deserter of the Night’s Watch, performed against the backdrop of moors and hills of Cairncastle in County Antrim. Also in this county is Shane’s Castle, whose cellars serve as Winterfell’s crypts, and Cushendum Caves where the Red Priestess Melisandre gives birth to the shadow creature that assassinates Renly Baratheon. But perhaps the site that is most iconic to Northern Ireland and the show is the Dark Hedges, a countryside avenue flanked by beech trees that serves as the Kingsroad leading North to Winterfell and the Wall.

While we don’t visit any of these particular sites on our Best of Ireland, you do spend plenty of time in Northern Ireland’s countryside drinking in the rolling landscapes and ancient ruins that inspired GOT show makers to set their show primarily here. Plus, when in Belfast, you’ll visit the Titanic Belfast Experience, which is located along the same dock complex as Paint Hall studio. And Bonus: on your way to the Giant’s Causeway, from the road you may be able to make out the silhouette of Dunluce Castle, the ancestral seat of the Greyjoys!

END_OF_DOCUMENT_TOKEN_TO_BE_REPLACED

I hope you’re not traveling anywhere too cold this weekend. Happy Friday! 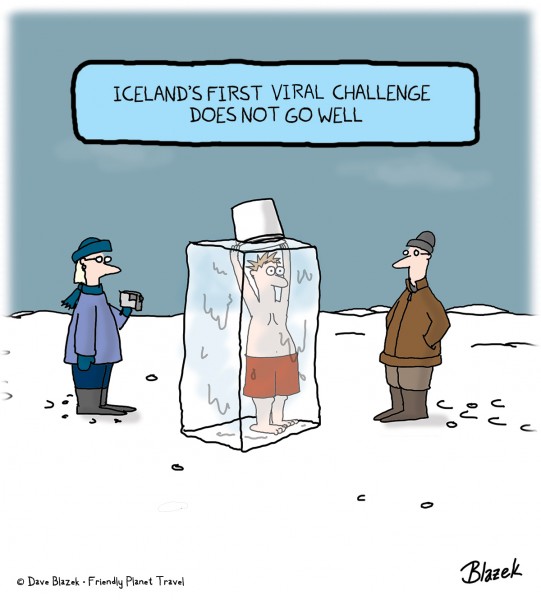 Why save your vacation days for the summer? Travel during the off-season! 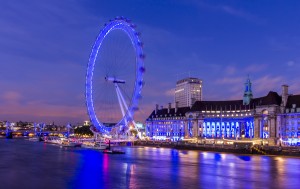 Forget springtime in Paris and summer in Santorini. Off-season is the new hot time to visit your favorite European destinations. More and more travelers are ditching their summer vacations and opting to visit their favorite cities throughout the winter months.

From November to March, Europe takes on an entirely new persona. Gone are the large crowds, humid days, and high prices — leaving only the true cultures, histories, and sights of each destination for you to enjoy. If you’re interested in experiencing some hidden, off-season gems of Europe, here are just some of my reasons why the off-season is the perfect time to travel.

Sightsee at a fraction of the price. It’s no secret that off-season travel often means lower prices. Not only will travelers save on airfares, tours, and accommodations, but they’ll often find that restaurants, shops, and bars in high-tourist areas are also less expensive. This can help significantly pare down a tight travel budget. Also keep a lookout for bundled tours that take place during the off-season. Tour operators often make the most out of seasonal pricing and share the savings with travelers. By saving on the essentials, travelers can splurge on extra special events, like enjoying a Champagne dinner at the top of the Eiffel Tower or taking a dip in Iceland’s famous Blue Lagoon, making their trips even more memorable.

END_OF_DOCUMENT_TOKEN_TO_BE_REPLACED 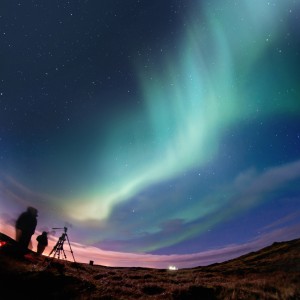 END_OF_DOCUMENT_TOKEN_TO_BE_REPLACED

It’s time to laugh into the weekend with our newest Friday Funny from cartoonist Dave Blazek! 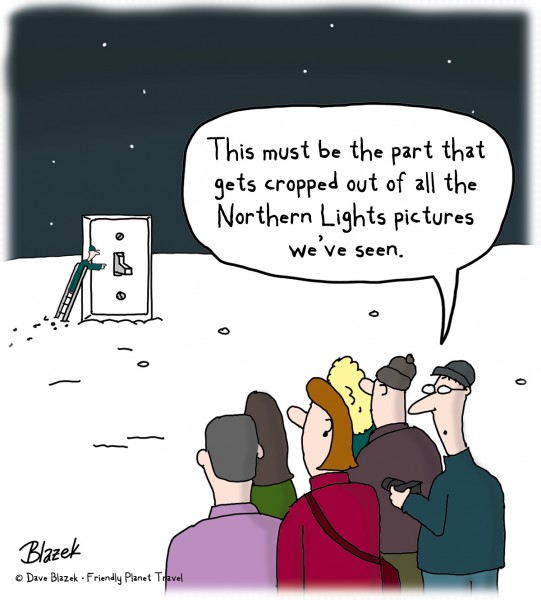