The quest for pura vida in Costa Rica

There are few destinations in the world where you can lounge on the beach in the morning, zip line through the jungle at midday, and stroll the streets of a European-inspired capital at night. While Costa Rica might be one of the smallest countries in Central America, it’s certainly jam-packed with unforgettable adventures.

Culture: Embrace pura vida: It’s not often that a single saying grows into a national identity, but in Costa Rica, the phrase pura vida has encapsulated a nation. Pura vida — or pure life — is the perfect description for life in this Central American nation. Locals use the phrase informally, as a salutation (Hola, pura vida), to say thank you (Gracias, pura vida), and to express satisfaction or gratitude (Toda es pura vida), but it truly means much more. Costa Rica’s a country filled with spirited and welcoming people — lovingly called Ticos — who express an undeniable joy for life. It’s a culture that respects the earth before all else, and allows visitors to reconnect with the simple pleasures of life. The pura vida spirit lives in visitors long after a trip to Costa Rica.

END_OF_DOCUMENT_TOKEN_TO_BE_REPLACED 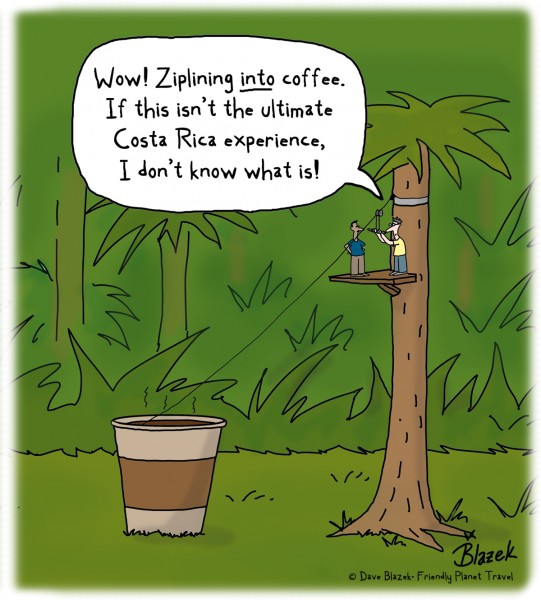 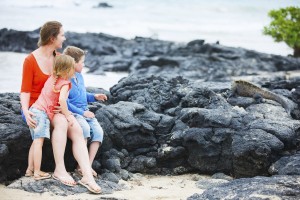 It’s almost Mother’s Day, and as a mother and grandmother, I wanted to take a minute to share some motherly advice. While all moms appreciate the traditional Mother’s Day flowers, cards and the occasional breakfast in bed, the ultimate present has always been spending time with our children and yes, our grandchildren. I’ve watched my kids grow from wobbling toddlers to successful adults, and looking back over the years, the moments that bring the biggest smiles to my face are those spent enjoying time together.

With that in mind, I suggest rethinking the traditional Mother’s Day gifts this year, and consider giving Mom a present that will create lifelong memories for your family — a mother-and-child trip to an exotic destination that both of you are dying to visit and enjoy together.

In my more than 30 years in the industry, I’ve heard countless stories about how travel has built bonds and strengthened relationships. In fact, a lot of those stories are mine, having traveled internationally with both my own kids and grandkids. Not only do families learn about new cultures, they learn about each other and gain a new level of appreciation for one another. In case you haven’t discovered any mutual travel “must visits” of your own, here’s my Mother’s Day gifting guide to help you choose the perfect destination for you and your mom.

Italy is a perfect destination for first-time international travelers. Your mom will fall in love with the welcoming Italian people and feel completely at home in the relaxed culture. Stroll through the winding cobblestone streets of Venice, a city that floats on water, and watch gondoliers serenade patrons as they glide along the city’s 177 canals. Travel to Florence, the birthplace of the Renaissance, and shop for gold, jewels, and art on the Ponte Vecchio, a walking bridge lined with high-end stores. Then gaze upon Michelangelo’s famous statue of David. End the trip sipping bold red wines at a café in Rome and wandering through the ruins of the famed Coliseum. Whether you and your Mom love cooking, art, music or just plain strolling, you’ll find boundless opportunities to make memories that will last a lifetime.

END_OF_DOCUMENT_TOKEN_TO_BE_REPLACED

Where you should travel with your tax refund 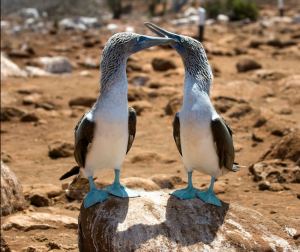 Tax season is officially over and you might be expecting a refund check in the near future. The average person will receive a tax refund of about $2,755, according to the IRS, which can come in handy if you want to get away on an international vacation. To help, I’ve broken down a few suggestions for where you can travel at a few different price points.

If you’re looking to stay under about $2,000 per person, I recommend:

Costa Rica was named one of the happiest places on Earth, and it certainly earned that title and more in the eyes of Cameron Clark and his new fiancée Amy Steinfeld on a recent trip to the country.

Cameron was so excited to share the news with us at Friendly Planet Travel that he didn’t stop there. He told us about everything else that made Costa Rica memorable.

Cameron customized his Costa Rica trip itinerary, but he did visit many of the cities on the Captivating Costa Rica and Costa Rica Pura Vida tours. They included San Jose, Tortuguero, Arenal, Monteverde, La Fortuna, and Santa Elena.

He detailed what he and Amy saw and explored in each of these locales in his e-mail. So I asked him if it was OK to share it on the blog to give readers a first-hand look at some of the places they can explore on our Costa Rica tours.

He graciously said yes and shared some spectacular photos he and Amy took. Read on to get a little history of Costa Rica and what some of the cities on Friendly Planet Travel Costa Rica tours are like.

Amy and I just back from Costa Rica late Sunday night. The trip was fantastic — probably the most relaxing and romantic vacation I’ve ever taken. Felt like much longer than nine days.

And some good news — Amy and I are engaged! No surprise to anybody, of course … except, somehow, Amy! I can’t imagine being any happier or luckier.

And now I’m sending you a not-so-brief summary of our trip, which you’re free to read!

San Jose. We started by flying into the capital and biggest city.

San Jose is not as dirty, run-down and dangerous as other Central American cities, but is certainly not the most photogenic part of the country.

Luckily, we had reservations at perhaps the most beautiful and charming hotel in the city, the Grano de Oro, a century-old tropical Victorian mansion that was once home to one of the Costa Rican coffee baron families.

From here, we explored the crowded markets, well-worn cathedrals and quaint squares of the city on foot and recovered from our red-eye flight.

Tortuguero. The next day, we were picked up and taken to a remote spot on the Caribbean coast called Tortuguero. Getting there was no easy task; we wound through several hundred kms of roads through cloud forests over the continental divide; turned off onto 30+ km of dirt roads through banana plantations; then changed to a boat for the last hour of the trip. (And all this in the pouring rain.)

Tortuguero is a brackish delta of rivers and natural canals, surrounded by impenetrable jungle, which can only be accessed by boat or by air. Our hotel (if you can call it that) was located on a narrow forested island strung between one of these canals and the Caribbean Sea.

The beach here is one of the most important nesting spots for green sea turtles, as well as other species of turtles (tortugas), and during the nesting season (which we just missed), you can stay up all night and watch the hatchlings dig their way up through the sand and drag themselves out to the sea, only to return when they lay their own eggs.

But Tortuguero is also famous for a wide variety of other wildlife, including spider, howler & capuchin monkeys; iguanas; crocodiles and caymans; jaguars & ocelots; and a mind-boggling number of butterfly, insect and bird species.

Though this area is perhaps the wettest in Costa Rica — it rains without fail every single day — we were lucky to get almost one full dry-ish day, during which explored the canals by boat with a very knowledgeable guide.

Later, the rain provided a nice excuse to spend a couple of languorous evenings taking refuge in our cozy cabin, during which I had plenty of time to get down on one knee. 🙂

La Fortuna and Arenal. We were next escorted halfway back to San Jose, where we got a rental car and began exploring on our own. First stop was Costa Rica’s most active volcano, Arenal.

After erupting in 1968 (wiping out a town and killing a bunch of people), it’s been more well-behaved, though it consistently chortles out smoke and bits of lava ever since.

It’s usually covered with clouds, but if you’re lucky, you’ll see the ribbons of lava at night and hear explosions. The nearby town of La Fortuna is home base to all sorts of adventure activities, but we decided to explore on our own, and were again lucky enough to get nearly perfect weather. We hiked up to the famous La Fortuna waterfall, a ribbon of water surrounded by dense rainforest, and swam in the pools.

Next, we hiked around the base of Arenal itself, catching a quick glimpse of the peak when the clouds parted for a moment. Then we drove down a little dirt road out to Rancho Margot for an incredibly inspiring tour of the most legitimate eco-lodge I’ve ever seen. We finished it all off with a romantic evening at Tabacón hot springs, a ridiculously gorgeous (manmade) paradise that Adam & Eve would have envied.

Monteverde and Santa Elena. We next drove around beautiful (manmade) Lake Arenal and up into the mountains to Monteverde, Costa Rica’s most famous cloud forest.

Though only 25 kms from Arenal, the drive took over three hours in the rain, half of it on steep, windy, narrow dirt roads that suffer (like all of Costa Rica) from far too few signposts. Though I hadn’t really wanted it first, the rental company’s free upgrade to a 4-wheel drive SUV came in very handy!

We finally arrived in the small Tico town of Santa Elena, which felt very much like California’s old remote gold country towns high in the Sierra Nevada. Despite its size, Santa Elena boasts many nice hotels & restaurants and dozens of adventure activity outfits. Instead of the somewhat overrun Monteverde reserve, we spent our one full day here in and around the adjacent Santa Elena reserve, once again with nearly perfect weather.

After a three-hour hike led by a well-trained guide, we headed to the Selvatura center, purchasing a package that included 13 zip lines, a terrifying “Tarzan swing,” a well-maintained hiking trail with copious swinging canopy bridges, a hummingbird garden, and a butterfly aviary. As dusk fell and the animals started to reclaim the cloud forest, we finally wandered out, the last of hundreds of tourists to leave, and found our way back to our cabin, with its incredible views over the mountains down to the Nicoya peninsula.

The next morning, we took a tour with Monteverde Coffee Company of a small organic coffee farm with an incredibly sweet second-generation Tico farmer, who let us harvest some coffee beans alongside his 80 year-old father, then crush some sugarcane and drink the juice.

After a night in Cartago, a pretty little town and the original capital of Costa Rica, we headed back to San Jose. And after getting rather lost, managed to make it back to the airport with just 45 minutes to catch our flight — which luckily, we did.