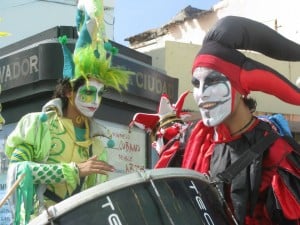 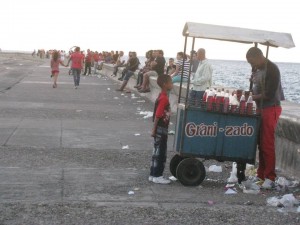 Day 6: Day six was dedicated to Hemingway. That morning we ventured out to Finca Vigía, Hemingway’s old home. We walked the perimeter of the house and peered through the windows to see how it was kept when he lived there. The walls were lined with bookshelves and covered with paintings, some of them depicting Hemingway on his African safaris. The heads of many of the animals he encountered were also mounted in several of the rooms. We saw the tower next to his house where he did a lot of his writing, and even glimpsed his typewriter and fishing boat.

The next stop was Organopónicos, an organic neighborhood garden of 25 hectares. It’s one of 300 around Havana and was developed organically out of necessity because of the inaccessibility of chemicals.

We then drove to Cojimar, the tiny fishing village that inspired the setting for “The Old Man and the Sea.” We ate a simple lunch of seafood soup, marlin, and flan at the privately owned Las Brises. It was one of the best meals we ate the entire trip.

Back in the city and across the street from another Hemingway hangout, Sloppy Joe’s, we were treated to a concert by Vocal Leo, a mixed choir that sings Cuban spirituals. Two of the sopranos demonstrated an amazing vocal range, hitting high notes few of us had ever heard.

Before the day ended, we visited a papier-mâché workshop in one of Havana’s oldest neighborhoods, where the artists created fantastical creatures out of papier-mâché, old radios, flashlights, and other odds and ends. 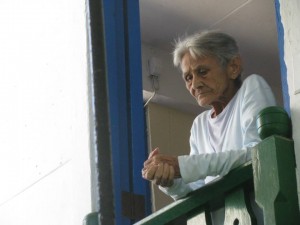 Day 7: The next day we traveled to Las Terrazas, a part of UNESCO’s biological reserve, and visited a colonial coffee plantation. We toured the studio of Lester Campa, a well-known local artist. His studio overlooked a lake, and was filled with nature paintings and lovely watercolors of colonial-era women.

We also saw the town’s two-room medical clinic distinguishable only by one folding hospital screen. We learned that nurses and doctors earn only between $35 and $45 a month and often moonlight as hotel maids and taxi drivers where they earned much more due to tips.

Midday we ate an excellent lunch of shredded beef, black beans and rice, and flan on the porch of a rustic Las Terrazas restaurant. At first we were serenaded by two elderly men, but they were quickly replaced by the regular house musicians. Chickens and peacocks wandered among the diners. As we left, we could see a singular 21st century modernization — a solar-powered hot water heater.

Back in town, we walked down Fifth Avenue in Miramar, Cuba’s most beautiful street that serves as the nation’s embassy row, with dozens of countries inhabiting its magnificent mansions. At our farewell dinner at La Florida, two professional dancers and a live band entertained us, and then pulled our group on to the restaurant floor — including Neicy — for salsa lessons. The evening ended with our group dancing in a line that snaked through the entire restaurant. 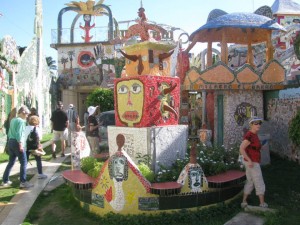 Day 8: Before we departed for Miami, we visited Callejon de Hamel, the shortest street in Havana. The street is decorated with fanciful Santeria — a folk religion brought over from Africa — murals by one of Cuba’s most famous artists, Salvador Gonzales. The artist then greeted us and showed us his colorful gallery, where paintings cost tens of thousands of dollars.

For our final stop, we visited Beth Shalom synagogue, the largest of the four Jewish congregations in Cuba. Cuba houses 1,500 Jews, but doesn’t have a single rabbi and this congregation received their Torah just two years ago thanks to American donations.

We were then transported to the airport, and departed Cuba — forever changed.

Thanks for speaking with us, Barry. Your keen account of the country helps pull back the curtain on a largely unknown nation. Thank you for sharing your insights.