Think about how many times you’ve used clean water today. Did you wake up and take a sip of water from the glass on your bedside table? Did you take a shower, brush your teeth, use the bathroom and wash your hands? Did you make a cup of coffee, rinse off an apple before sitting down at the computer to read this article?

Many Americans don’t think twice about having access to safe, clean water, but for many more people around the world, access to potable water is difficult or even impossible. In fact, according to UNICEF, 768 million people worldwide do not have access to clean drinking water, and nearly 1,600 children die each day from lack of access to safe water.

Cambodia is one of those countries where people are in desperate need of clean water. So, maybe I’m getting a little ahead of myself, but when we started sending tours to Cambodia, we thought the major reason to visit this small, Southeast Asian country, was the incredible site of Angkor Wat. This long-ago abandoned temple complex overgrown with jungle flora is a magnet for tourists, as well it should be. It never occurred to us that our tours to this coveted UNESCO World Heritage Site and important international destination would lead us on a different kind of journey, one that would bring us even more satisfaction than our visit to the fabled site of Angkor Wat.

Surrounding the site, there are many Cambodian villages where people struggle every day to find enough water, clean or not, for drinking, bathing, irrigating crops, and cooking. As you drive through the countryside, the lack of good water is as apparent as the magnificence of the Angkor temples.

Of Cambodia’s 14 million citizens, over 9 million suffer from intermittent diarrheal disease caused by contaminated water. On top of that, women and children often have the responsibilities of retrieving water, walking far distances for what little water they can access, and caring for the sick. These duties take up most of their day, leaving them unable to contribute to the workforce or attend school, which has contributed to Cambodia’s lack of economic growth.

But here’s the surprising truth: There isn’t a shortage of water in Cambodia — there’s plenty of it in the ground. Villagers simply lack the funding, infrastructure, and skills to dig the wells they need to access it. The cost to dig and install a pump well that provides clean, drinkable water? About $230, according to the Trailblazer Foundation, a non-profit that helps Cambodian villagers create self-sustaining economic and educational programs.

Once our Cambodia departures were established, we became keenly interested in projects to help out in this impoverished place. On one of our tours, the guide pointed out a well bearing a plaque hand-painted with someone’s name, a Western name at that. “That’s a Trailblazer well, donated by a tourist,” was his explanation. Some of the travelers on the bus wanted to know how much such a well could cost, how many people it could serve, and other details, and once the guide finished explaining the facts, several of the travelers on the bus offered to pay for wells. Thus began Friendly Planet Travel’s wells project and our association with Trailblazer. 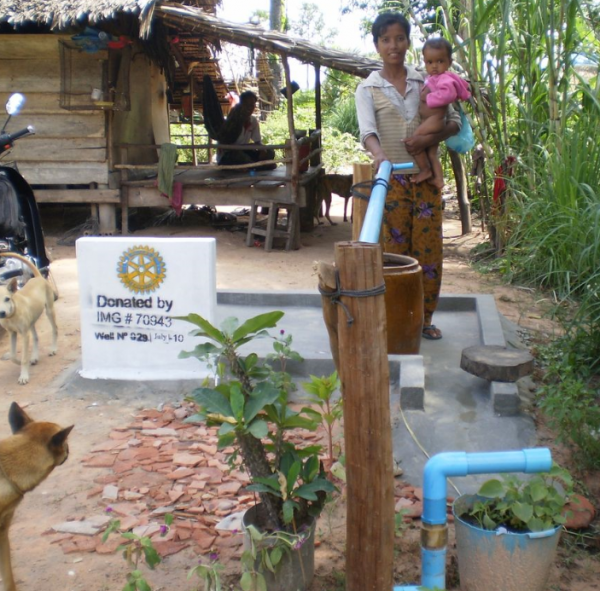 But the Trailblazer Foundation was busy digging wells and helping in other important ways before we ever met them. In fact, the foundation has had a significant impact on Cambodia for over 10 years, with many Cambodians gaining access to clean water thanks to their efforts. And while Trailblazer’s impact is growing, there’s plenty of work to be done, especially by rallying the support of American tourists to Cambodia.