Travel Talk: What would you ask someone who’s been to almost every country in the world? 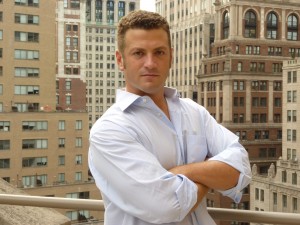 With so much travel experience under his belt, Lee has a ton of advice for blog readers, and we thought he’d be the perfect interviewee for the blog series we’re kicking off today — Travel Talk. Our series will feature travel enthusiasts from around the globe who will share their knowledge and insight with you.

Read on for our interview with Lee about his amazing travel adventures and the record he’s trying to break. Right now, it’s held by Charles Veley, who visited all 321 countries in 37 years, 9 months, and 17 days. At 34 years old, Lee hopes to beat that record with room to spare!

1) When did your love of traveling begin?

I always loved discovering new places in the small town in Connecticut I grew up in, but never even thought about traveling the world until my junior year in college when I studied abroad in London. It changed my life and I fell in love with travel.

2) What is the most memorable destination you’ve visited, and why?

I will say Libya because it was the last country I had to visit to complete visiting every sovereign nation. I also had to sneak in through Egypt, and the car I was in was actually caught in a gun battle between Libyan rebels who controlled the border and some smugglers.

3) What is the biggest lesson you’ve learned from traveling?

The biggest thing I’ve learned from traveling all over is that people, in general and at their core, are the same. Everyone loves being with friends and family and having fun. We may look different and our beliefs/religion may be different, but human beings are the same at heart.

4) What is the best piece of advice you can offer to someone traveling to a country they have never been to before?

Do a lot of research so you know what you’re getting yourself into and the options you have if something goes awry, which it inevitably will! Also, learn the absolute basics in the language, like hello, thank you, please … it’s amazing what a little effort does for people’s perception of you.

5) What’s one travel item you can’t leave home without?

6) Of all of the countries you’ve been to, which one did you feel was the most “foreign” and vastly different from the United States? Which did you feel most at home?

The most foreign-feeling place was North Korea by far. It didn’t even feel foreign, it felt like another planet. There are so many countries I feel at home, but obviously the English-speaking, commonwealth countries are the easiest and most like home … Canada especially.

7) What shared qualities have you noticed in the people and places you’ve visited?

Everybody on Earth loves their friends and family. That is universal, and everyone likes to laugh and have fun. Also, the majority of the world loves soccer, or football, including me!

8) We noticed you were just in Myanmar. What can our readers expect if they travel to Myanmar in the coming months?

I was just in Myanmar for a second time, and nowadays, you can expect to be welcomed with open arms by everyone you meet. It is a country on the move with foreign investment coming from everywhere, a lot of expats and tourists, and good hotels. It is also very safe and the food is very good. I highly recommend it sooner rather than later, as it is still holding on to much of its colonial charm. As it gets more and more westernized that will change.

I am very close to achieving that goal and I hope to be down to two destinations by next winter. The two destinations that would be left are the British Indian Ocean Territory and Wake Island.  I am unfortunately at the mercy of the British and U.S. governments respectively, as they grant and deny permits to visit. They are both sensitive military installations and a real pain to get to. I will certainly give it my best though, and I hope to be finished by the end of 2014, but hopefully sooner.

10) You have the unique opportunity to travel quite frequently — how does someone at your age fund your travel expenses?

I pay for my trips myself with money I have made and still make working. I have always done well work-wise and make the opportunities to travel. They don’t just happen by accident or luck.

11) Where in the world are you headed next?

I am on a plane right now to Dallas for a sports weekend, then home to New York for a week before heading out to Maui and then Costa Rica. Then I’ll be home in New York for the holidays before Antarctica early next year.

Thanks so much, Lee, for sharing some of your story with us! Be sure to check out Lee’s website, Facebook, and Twitter for the latest information on where he is and what he’s doing. And keep your eyes on our blog tag, Travel Talk, for more advice and adventures from travel experts.