Nuanced diplomacy: One result of people-to-people travel to Cuba 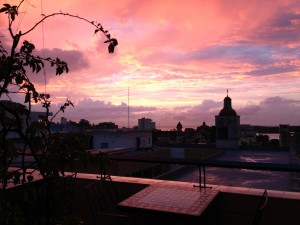 Ever since Ellen Creager of the Detroit Free Press published her article last August asking whether legal travel to Cuba was in danger of ending, I’ve had many calls from journalists asking about my thoughts on the subject. Friendly Planet Travel, which I started more than 30 years ago, was one of a few commercial travel companies granted one of the first people–to-people licenses back in 2011, and now everyone wanted to know about our renewal. Had we applied? Had our renewal been granted? Had I heard about the evident slowdown (at best) or complete cessation (at worst) of the licensing process?

Had I heard about it? We waited each day for the magic message from OFAC that our license application had, indeed, been renewed. I had read every single printed word on the subject since we submitted our renewal application in June, not sooner than 90 days prior nor later than 60 days prior to our expiration date, according to OFAC’s new rules.

Yet, as the days and weeks passed with no word from OFAC except that our application was still pending, I continued to believe we would get our renewal. I was pretty sure that we would get another go at organizing groups of travelers ready to engage in the kind of interaction between people that is the ideal, the dream outcome, of world travel for the true travel aficionado. Don’t ask me why I was so sure, because all the signs pointed to some other scenario, instigated by political agendas, the elections, and who knows what else. 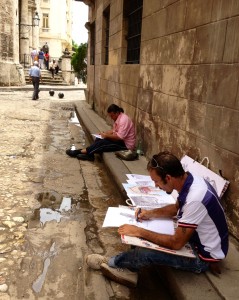 Our license was finally renewed on September 28, 2012, just two short days shy of our expiration date. I was in Israel when the call came in that the renewal was granted, and I’m pretty sure that everyone heard me shrieking for joy from my Herzliya hotel room all the way to our office in Jenkintown, Pa. And now that our program is back in full gear and I’ve had some time to reflect on this whole Cuba license subject, I can’t help but marvel at the fact that this people-to-people program, which brings Americans and Cubans together, face-to-face, making it possible for each to learn about the other, was the brainchild of a government bureaucracy.

Who would have believed that a government policy would be creative and imaginative enough to come up with a plan that actually mandates what a true world traveler dreams of doing anyway. Imagine. You get to visit Cuba legally and spend your days meeting Cubans in all walks of life, seeing  how they live, create, work, farm, educate their children, heal their sick, buy their food, and live their lives. Imagine further. You get to share with these same people how we, in the United States, live, create, work, farm, educate our children, heal our sick, buy our food, and live our lives.

As a result, travel companies like Friendly Planet, academic alumni associations, medical groups, museums, photographers, and ordinary citizens who love to travel and have a deep curiosity about Cuba have flocked to these programs in great numbers. Literally thousands have already traveled, and when I think about the numbers, I realize how many Cubans have met and exchanged stories, experiences, and ideas with our U.S. travelers. It takes a little while for the meaning of this interaction to sink in. Think about it, though. The impact is huge. 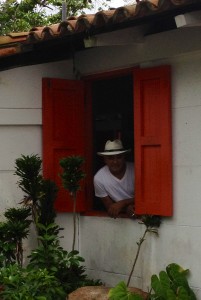 Cubans aren’t ignorant about our country. Many of them have family and friends who live in the U.S. Many receive money and other material support from their families. They see some American TV and read some of our magazines and newspapers. What they haven’t gotten, until people-to-people-licensed tours made it possible for regular Americans to visit Cuba, is a chance to meet real Americans.

I would call this a stroke of genius on the part of our government, to license this nuanced form of diplomacy. It costs nothing, because each “ambassador” pays her own way, and by her very presence, makes a point that even millions of dollars spent on propaganda could never achieve. This is probably the first chance many Cubans have ever had to engage in real conversations, on important topics, with Americans who don’t have an agenda — other than the one inherent in the experience of travel.