Why you need to get in on The Gathering in Ireland 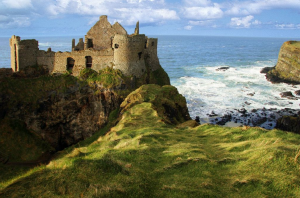 There are 34.5 million people in the United States who claim Irish heritage, according to the U.S. Census Bureau in 2011. So if recent St. Patrick’s Day celebrations weren’t enough to make you feel close to your Irish roots, there’s another event you should know about: The Gathering.

The Gathering is a year-long celebration of Irish ancestry with clan gatherings, festivals, sporting events, music, and concerts across Ireland. The Gathering was launched by the Irish Taoiseach, Tánaiste and Minister for Tourism in May 2012 and is being supported by Fáilte Ireland and Tourism Ireland.

Myriad events have been planned throughout the country this year, ranging from concerts and cultural events, to ones meant to help you trace your Irish linage. Whether you have Irish roots or just a love of Irish culture, there has never been a better year to visit Ireland.

Friendly Planet is taking part in the celebration by offering five different tours to Ireland, including one during the very special Fitzgerald Clan Gathering. The Fitzgerald clan, one of Ireland’s oldest and most powerful families, is reuniting in late June and our Fitzgerald Clan Gathering in Ireland tour is for anyone who wants to be a part of it. It’s designed for travelers to discover, or re-discover, their Fitzgerald Clan roots, and especially for those with an interest in tracing their Irish genealogy. You may even be surprised to uncover family ties to the historic Fitzgerald Clan.

It’s looking to be an unforgettable year in Ireland. Are you taking a trip to Ireland in 2013? If so, what are you planning to see and do? I’d love to hear about it in a comment below.