Posts Tagged ‘One Day on Earth’ 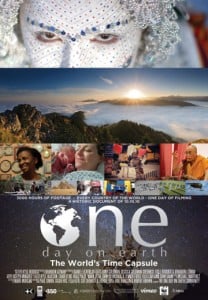 I’ve devoted the past 30 years of my life to giving people a taste of the breathtaking beauty and infinite diversity of this planet. As the president of a travel company, I’ve had the satisfaction of giving thousands of Americans an opportunity to do just that. So it was rather humbling when I learned last week that I’d been completely outdone by two ambitious young men with a crazy idea.

Four years ago, Kyle Ruddick and Brandon Litman embarked on a fantastically brazen project to create a feature-length film with footage shot in every nation on earth — all captured in a single day. Now absorb that for a moment. This would be the first-ever simultaneous filming event occurring in every country of the world. If it sounds like a project worthy of a filmmaker like James Cameron or Ridley Scott, consider this: Kyle and Brandon, two graduates of The University of Southern California, had no budget and had never made a film before.

And yet, somehow, they pulled it off. Last week, I had the opportunity to watch the result — the 105-minute documentary film “One Day on Earth” shot entirely on Oct. 10, 2010. It was quite simply one of the most sweeping, stunning, inspiring pieces of cinema I’ve ever witnessed. So how did they do it? Crowdsourcing, of course.