Civilization first dawned in Egypt over five millennia ago when Narmer, first pharaoh of the First Dynasty, unified Upper and Lower Egypt. But Egypt’s history is even older, with human settlements dating back to 4,000 BC. In all that time, Egypt has grown and developed into one of the most exciting, richly cultured places in the world. Here’s just a taste of the exciting things awaiting you when you take a trip to this timeless destination!

With over 4,000 miles of waterway coursing through 11 countries, the Nile River is considered to be the longest in the world, and Egypt its gift to Earth. Ancient Egyptians revered it as the source of all life, and with a riverfront view of the bustling ports and trading posts like Luxor, Esna and Edfu that blossomed all along its shores, you’ll see why. Stop off to visit the Valley of the Kings along the West Bank of the Nile and tour Edfu and the Temple of Horus! In addition to its ancient treasures, the Nile’s banks are home to a wide assortment of Egypt’s most iconic animals from its storied history, including hippopotamuses and the legendary Nile crocodiles. If you’re lucky, you might catch a glimpse (from the safety of your boat!) and you’ll understand why ancient Egyptians believed them to be gods.

END_OF_DOCUMENT_TOKEN_TO_BE_REPLACED

What makes a cemetery special? Perhaps it’s the size, or the number of tombs? Or is it the age of the graveyard, or the famous people buried there? Are they architectural masterpieces in baroque style, or are they more whimsical? Find out for yourself below, as we celebrate Halloween with a list of ten of the most haunting and beautiful cemeteries from around the world!

This one of a kind collection of burial sites located in the heart of Paris is known to be the most visited cemetery in the world. The Père Lachaise opened in 1804 and experts estimate that there are somewhere between 300,000 and 1,000,000 people buried on its grounds. Many celebrities are laid to rest among the grand tombs and mausoleums including Oscar Wild, Frédéric Chopin, George Seurat, and even the Doors’ Jim Morrison!

END_OF_DOCUMENT_TOKEN_TO_BE_REPLACED

Falling in love along the Nile

For some people, taking a vacation can be life changing. And I’m not talking about taking a break from the office and recharging your battery. I’m talking about finding your soul mate.

One of our reservationists recently discovered that a couple booking our Taste of China tour had first met on another one of our tours. Their relationship blossomed and they got married. Their love story is very sweet and I wanted to share it with you.

Let me set the scene.

It was November of 2007 and Steve Sage, a firefighter from Denver, was on Friendly Planet’s Pyramids and Nile Cruise program. The plane had just landed in Cairo and Steve was on his way to see the pyramids with his group tour members.

Kesa Young, from Casper, Wyo., was on that same tour traveling with her sister and niece. Kesa was jet-lagged when they landed, but she was still ready to marvel at one of Egypt’s masterpieces as the group rode the bus to the pyramids site.

Little did Steve and Kesa know that this trip was about to change their lives forever.

Steve was a seasoned traveler and experienced at taking solo trips. He had booked the tour with Friendly Planet because on a previous trip to Egypt, Steve barely had any time to experience the ancient wonders. He was eager to return and and spend time seeing the Sphinx, touring Cairo, and more.

A history buff, Kesa had always wanted to see Egypt. She often traveled alone, but this time she wanted to share this experience with family. Since none of them had visited Egypt before, Kesa’s sister wanted to book a group tour to make sure no one got lost in an unfamiliar country.

The group disembarked from the bus in front of Pyramids at Giza. Kesa, her sister, and niece explored the towering monuments that have stood for the last 46 centuries. Close by, Steve was doing the exact same thing. When they once again boarded the bus, Kesa noticed a handsome man sitting alone.

On the ride to the hotel, Kesa approached Steve and introduced herself to him. And as she describes it, she was “smitten” right away. Since Steve was alone, Kesa found it easy to keep him company at every opportunity they were given.

Kesa wasn’t the only one noticing things that first day in Egypt. Everyone in their group tour noticed the chemistry right away, and they all played an important part in kindling of their romance. Group members would suggest they sit next to each other at dinner, or encourage them to go on an excursion together. With the group’s help, Kesa and Steve spent a lot of time getting to know one another on the trip.

At the end of their nine days together, Steve was going on the Petra extension and Kesa was heading back to Casper. On the last morning of the Pyramids and Nile Cruise, Steve woke up early to have breakfast with Kesa and see her off.

They exchanged e-mails and phone numbers and went their separate ways. Kesa wasn’t sure what to expect of her new-found relationship with Steve. Would she hear from him again? Then a few days later, her phone rang.

On the other end was Steve. He had just returned to Denver and they picked up right where they left off in Egypt. Now that they were back in the U.S., Steve joked that he never thought he’d have to go to Cairo to meet a girl from Casper.

Denver was only four hours away, but Kesa had just quit her job and was moving to Chicago to attend pastry school. For the next six months they flew back and forth to see each other, and it wasn’t uncommon for Steve to surprise her with a visit at school.

When Kesa finished pastry school, she moved to Denver to be closer to Steve. After almost two years of dating, Steve and Kesa decided to tie the knot in a style the suited them best — Las Vegas on Valentine’s Day 2009.

Before taking their vows, Kesa and Steve took the plunge together out of an airplane to skydive the morning of their wedding. It might have been in the desert, but they assured me that it wasn’t warm 15,000 feet up in the sky.

Today Steve and Kesa are happily married and living in Denver. They’re looking forward to touring China with us on an upcoming departure. And this time they’ll share the full experience together.

Thanks to Steve and Kesa for sharing such a personal story. I never knew that as a group tour operator I could also play cupid. 😉

Tips to get your travel photos to say a thousand words 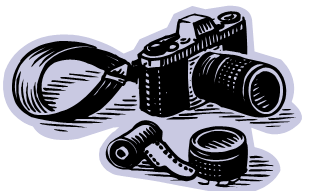 A picture is worth a thousand words is cliché but true. When I look at photos from my adventures around the globe, it always brings back a flood memories and stories.

I was talking to Trae Roberts, Friendly Planet Travel Reservations Manager, about photography and he offered some great advice on what type of camera or lens you should bring with you on vacation.

He gave some great tips, so I asked him to jot down his ideas for a guest post. Keep reading to get Trae’s tips on how to get some great shots when you travel. And if you have some of your own photography advice, please share it in a comment on this post.

My best advice is to get a large memory card and click away. See what sticks, and make sure you don’t eliminate pictures based on how they look on your camera’s screen. Upload them to a computer that has a large monitor to see if the picture is a keeper.

If you’re interested in animal/bird viewing, then I recommend using at least a 300 mm camera lens. The large SLR cameras might be a pain to carry, but so worth the reward! Your pictures will come out crystal clear and the range you get is fantastic.

To eliminate the need for a tripod, any lens you purchase over 200 mm must have vibration reduction (or equivalent) in order to reduce movement blur. Most experts suggest spending more money on the lens, more so than the body of the camera. I prefer Nikon for its ease of use, quality, and durability.

I’ll leave you with these last two tips. Anyone using a camera in a dusty environment, such as Kenya, Egypt, Morocco, etc., should not make it a habit to change their camera lens. Dust and dirt are the worst things for a camera body, and changing lens leaves you vulnerable in environments like these. And most importantly — bring extra batteries!