Why Israel is a country with something for everyone 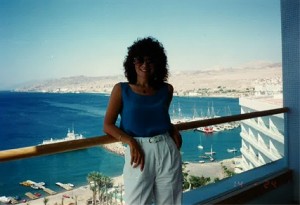 The first time I visited Israel, it was 1972, a full year before the Yom Kippur War. It was a far simpler place then, with no skyscrapers, no color TV anywhere in the country, and little in the way of luxury goods. It was a time when calculators were golden gifts for Israeli students; transistor radios were treasured by young army recruits; and wineries were known by a single name, Carmel.

I’ve been to Israel many, many times since that first trip more than 40 years ago, when my tour guide made me cry because I wandered away from my group and made everyone late for the next stop on our tour. With each visit, I’ve come to appreciate more and more the amazing diversity and dynamism of this incredible country.

Only 68 years ago, survivors of the Holocaust staggered out of the ashes of the death camps and made their way (mostly illegally) to the shores of the yet-to-be declared State of Israel. I realize there are plenty of political issues surrounding the founding of Israel the nation, and there’s plenty to say about the politics of the region. But despite all of that, no one can deny that so much has been done in so little time. Amazing hardly describes the place. You simply have to see it for yourself to understand what progress, in the face of adversity, means.

As a child of Holocaust survivors, Israel has always been that amazing place where Jews don’t get pushed around; where strong, capable people farm impossible, arid land and grow fruit and vegetables in the desert. And it was a place, I mistakenly believed, that belonged exclusively to me. I didn’t realize until I began to pay attention to the world around me that Israel was a place that belonged, at least in spirit, to everyone, making it the most important — and desired — spot of land on Earth. From that perspective, Israel is the quintessential tourism destination, and everyone — religious, secular, adventure-seeker, history buff, surfer dude (I could go on and on) — who travels will find this small country fascinating.

I know that some people have the (very wrong) impression that Israel is a dangerous place where there is constant, daily conflict between the Jewish and Palestinian factions, but nothing could be further from the truth. In fact, considering the amount of expertise amassed by the authorities in keeping citizens safe, I would rank Israel among the safest destinations in the world. You can tour by coach with a group; with your family and a guide in your own private car; or on your own with a backpack, walking the Bible trail that runs from north to south.

I’ve been to many countries around the world, and I’ve always found interesting, beautiful, delightful aspects of each place that I’ve admired and enjoyed. But without a doubt, Israel is among the very few places I’ve visited that absolutely has it all.