The top 10 places and sites to visit in Israel

Here are our top 10 places and sites to visit in Israel (in no particular order):

Jerusalem: One of the oldest cities in the world, sacred to three major monotheistic religions: Christianity, Judaism, and Islam. 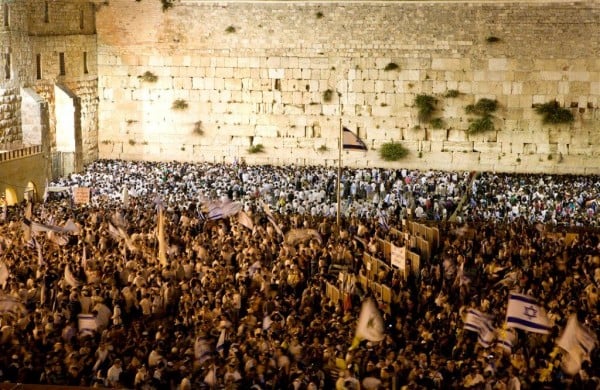 Religious pilgrims have been traveling to Jerusalem for centuries, as Jerusalem is full of significant historical, religious and educational sites. Must-sees include:

Shrine of the Book: home to the famous Dead Sea Scrolls. 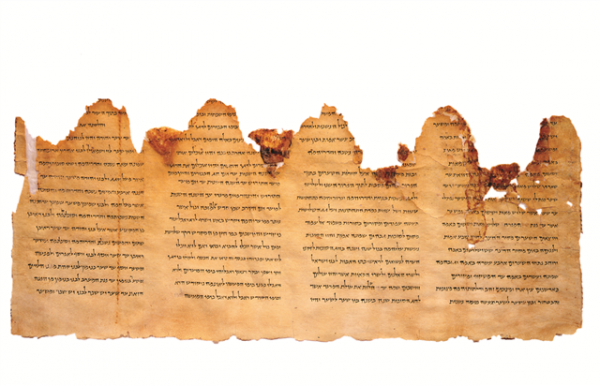 Located in the national Israel Museum in Jersalem, the largest museum and cultural complex in the country, the Shrine of the Book houses the Dead Sea Scrolls. The Scrolls are a collection of 972 texts discovered between 1946 and 1956 found on the shore of the Dead Sea, from which they derive their name, and are of great historical and religious significance. They consist of biblical manuscripts from what is known as the Hebrew Bible. 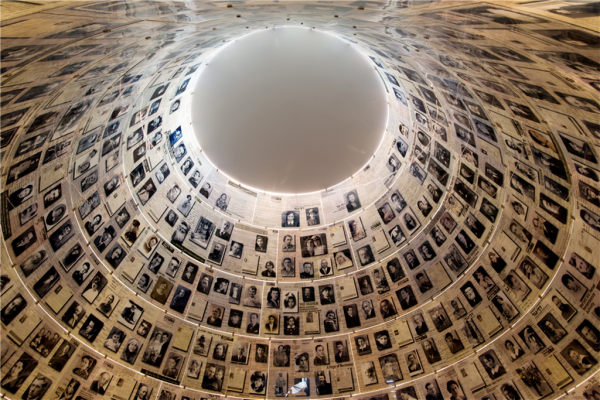 The largest Holocaust museum and memorial in the world, and the second most visited tourist site in Israel, Yad Vashem is Israel’s official memorial to the Jewish victims of the Holocaust. It also honors the Righteous Among Nations, the non-Jews who risked their lives to save Jews during the Holocaust. Established in 1953, the Yad Vashem complex is located on the Mount of Remembrance in Jerusalem, and contains the Holocaust History Museum (opened in 2005), memorial sites such as the Children’s Memorial and the Hall of Remembrance, The Museum of Holocaust Art, and numerous other exhibition halls. 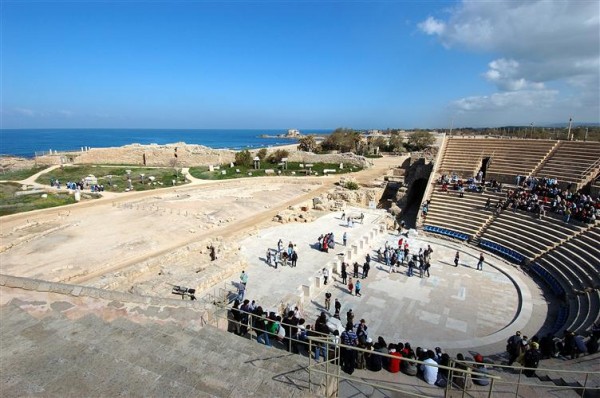 Caesarea is an extensive archaeological site on the Mediterranean coast that was built around 2,000 years ago by Herod the Great, in honor of the Roman emperor Augustus Caesar. Much of the Roman city remains, including an aqueduct, theatre, as well as acres of excavated houses, mosaics and palaces. Ruins are framed by stunning sea views, and the restored ancient amphitheater is now used for concerts in the summertime.

Located on the Mediterranean coast, Tel Aviv has grown beside one of the oldest ports in the world, Jaffa. It also comprises the highest concentration of Bauhaus buildings in the world, known as the White City that is a UNESCO World Heritage site. There are many things to do and see in Tel Aviv, including visiting:

The Dead Sea: the lowest point on Earth.

Known as a center for therapeutic treatments of many ailments, and a big producer of beauty creams and products, the Dead Sea’s mineral-rich waters draw many visitors to the area. The hypersalination of the water, which is almost ten times saltier than the ocean’s, allows one to float with ease. It is also popular for visitors to cover their bodies with the dark mud along the shore that is believed to have medicinal and therapeutic benefits. Also located in the area is the Ein Gedi Oasis, a real oasis amidst the arid landscape that is nestled between two streams, and has lush vegetation.

Masada: a desert fortress in the Judean Desert with incredible historical and architectural significance. 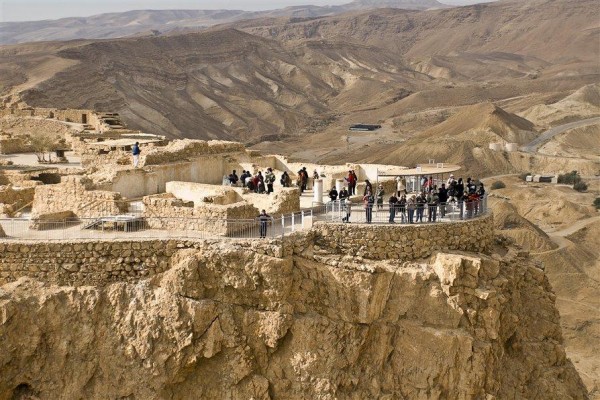 Located on a breathtaking rock plateau with steep cliffs rising on all sides, Masada’s Hebrew name means “fortress”. Here, the scene of the tragic last Jewish holdout and resistance of the Zealots, an ancient Jewish sect, to the fall of Rome in 73 C.E. took place. Its violent end has become a symbol of bravery and self-sacrifice, and the exile of the Jewish nation from the Holy Land. 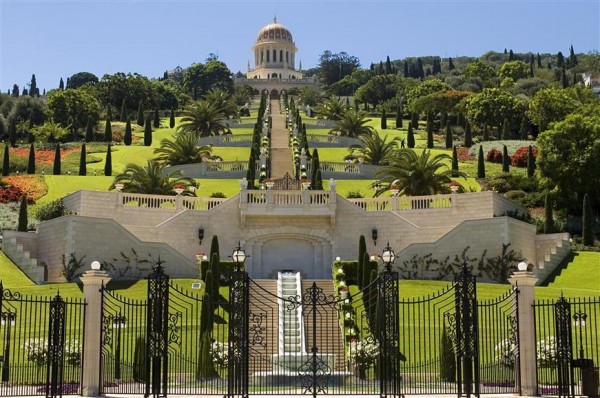 A must-see for any visitor to Haifa, the gardens are listed on UNESCO’s World Heritage List, and are home to the golden-domed Shrine of the Báb, and World Centre, the holiest site of pilgrimage for the members of the Bahá’í faith, as well as the faith’s central administrative center. The unique design of the “hanging gardens of Haifa” fan along a broad staircase of 19 terraces and combine geometrical shapes and exquisite detailing.

Eilat: a resort town on the Red Sea. 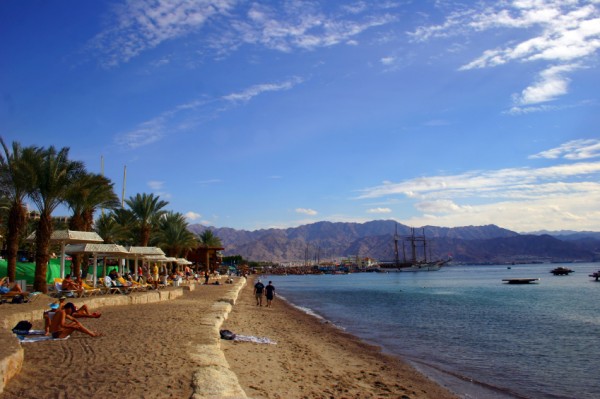 Located at the southern-most tip of the country, this seaside resort is a convenient vacation spot for Israelis, and attracts thousands of international sun-seekers during the mild winter months. Whether you’d like to relax and suntan, or choose from a plethora of activities, such as water sports, snorkeling, diving, or swimming with dolphins, Eilat is devoted to fun in the sun. The Negev desert that surrounds Eilat also offers several adventurous activities, such as desert hiking, 4×4 jeep tours, and camel treks.

Beit She’an: a historical gem and one of the most ancient cities in the country that was destroyed by an earthquake in 749 A.D. 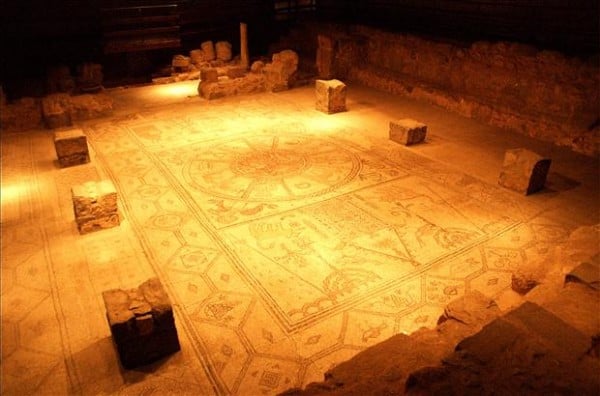 First populated more than 6,000 years ago, most likely due to its geographical location at the junction of the Jordan River Valley and Jezreel Valley, the city was conquered and ruled by many civilizations, including the Egyptians. It wasn’t until the Romans were in charge though that Beit She’an reached its golden age, with nearly 40,000 inhabitants. Like a walk through time, there are 15 different layers of civilizations built one on top of the other over the centuries. The remains of this magnificent city can be clearly seen at the city’s main site – the National Park of Beit She’an, one of the country’s most beautiful and impressive national parks.