Holiday traditions around the world

We all have holiday traditions that are unique to us and our families. Some might have been passed down from ancestors and through culture, and others we might have created last year with friends. Either way, in my mind, traditions are what make the holiday season come to life.

I wanted to share some holiday traditions from around the world with you. Some are specific to our Friendly Planet team, some are driven by culture and our communities, and others have been carried on by entire nations for generations. Read on for a look at how some of us celebrate this wonderful time of year. 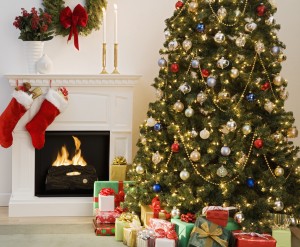 North America. Christmas, Kwanzaa, and Chanukah are all celebrated in December in the United States by people of different faiths (though Kwanza can end in the beginning of January, and Chanukah sometimes begins at the end of November). A special Christmas tradition for many is the Feast of the Seven Fishes dinner on Christmas Eve, which is Italian in origin and commemorates the wait for the birth of baby Jesus on Christmas Day. Many also attend midnight mass after the seven-course meal.

A tradition that’s unique to those who celebrate Kwanzaa is dedicating each of the seven days to one of the seven principles — unity, self-determination, collective work and responsibility, cooperative economics, purpose, creativity, and faith — which are believed to have been key to building strong, productive families and communities in Africa.

A member of our marketing team, Leora Hafri, shared a personal Chanukah family tradition with us: 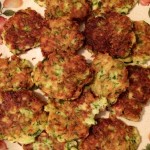 “This year, my family started a new tradition of a BYOL (Bring Your Own Latkes) Chanukah celebration. Latkes, traditionally potato pancakes, are cooked in oil, which is symbolic of the oil from the Chanukah story that kept the Second Temple of ancient Israel lit with a long-lasting flame that is celebrated as a miracle. Both traditional and non-traditional latkes were made for our celebration, from potato and sweet potato, to zucchini and even apple with a caramel dipping sauce! And, of course, sour cream and applesauce were served as toppings.

After the meal, the celebration continued with lighting the menorah, and a competitive game of dreidel, a Chanukah game played with a four-sided spinning top whose letters (one on each side of the dreidel) form an acronym that means ‘A great miracle happened there’. I’ve always enjoying playing with a dreidel from Israel too, whose letters form the same acronym with an important one letter difference that changes the meaning to ‘A great miracle happened here’.” 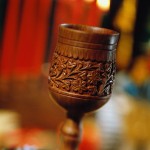 South America. Peruvians celebrate Christmas Eve, called Noche Buena, by attending mass at 10 p.m. and returning home for a toast and a meal at midnight to celebrate the birth of Jesus. In El Salvador, children celebrate Christmas with firecrackers, and adults often set off fireworks. El Día de las Velitas, the Day of Candles, is the unofficial start of the Christmas season in Columbia where they decorate their homes and streets with lights.

I spent about three and a half years living and working in Venezuela, and while there, I had the opportunity to join in several Christmas celebrations. In Venezuela, presents are brought to children by baby Jesus, El Niño Jesus, instead of Papá Noél, and they enjoy a unique musical tradition that is known throughout the continent, the “conjunto de gaita”. This is a group of musicians and singers who have turned a type of folk music from the region of Zulia in the western part of the country into fantastic Christmas music like you’ve never heard before.

The conjunto, or group, is comprised of musicians playing typical Venezuelan folk instruments, such as the quarto (four-string ukulele), guiro, maracas, tambor and even violins, which accompanies a group of singers. The conjuntos visit the homes of family and friends, usually in the evenings throughout the holiday season. Everyone welcomes the groups and after a performance, audience and performers share refreshments together.

The Caribbean. Alyssa, a member of our operations team, has family from both the Dominican Republic and Puerto Rico. She shared her family holiday tradition with us:

“The holidays in my family are celebrated with many of our relatives, often 50 people or more, and are usually potluck events that don’t end until 3 a.m.! Many different types of food are made, including baked and fried chicken; pernil, which is slowly cooked and seasoned pork; pastelon, a dish similar to lasagna that uses sweet plantains instead of noodles; pure de yucca, which is similar to mashed potatoes, but made from cassava; sweet yams; rice and beans; and much more. Aside from food, there is a lot of dancing to salsa, bachata, and merengue, and the children often act in a Three Kings Day play.”

Europe. Leora also shared her holiday experiences from the time she lived in the Republic of Georgia, where she served in the Peace Corps. The majority of the population practices Orthodox Christianity, primarily the Georgian Orthodox Church, and Christmas is celebrated on Jan. 7. Most holidays in Georgia are celebrated with a supra, a feast in which food is plentiful and wine flows like water. A supra is led by toastmaster, or Tamada, who introduces each toast during the feast. The Tamada proposes a toast, sometimes speaking at length about the topic, and then, often in a counter-clockwise direction, anyone else who wishes to comment about the topic will do so.

The Tamada will then propose a new toast, and the cycle begins again. Several traditional toasts are made at the start of every supra, including a toast to God, country, family, various saints, guests, ancestors, etc., and the Tamada will also tailor each toast to the specific occasion. A supra can last from several hours to an entire day, depending on the occasion, and during the holidays, Georgians attend many of them. 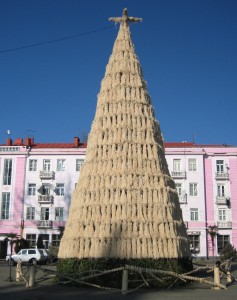 A few unique holiday-specific traditions in Georgia include decorating a homemade Christmas tree, usually carved from the branches of nut trees with curled strands of white wood, called a chichilaki; baking a special holiday cake; and on New Year’s, a special person is chosen to be the first to cross a home’s threshold, bringing the family luck and happiness in the new year.

Asia. Traditions vary widely in Asia due to the various religions that coexist there. Many people are Buddhist, but celebrate some aspect of the Christmas holiday by baking, giving gifts, and wishing others well, as they consider it a cultural celebration.

Our newest operations staff member, Chay, is originally from the Philippines, and shared this personal holiday tradition with us:

“The Philippines claim to have the longest Christmas celebration in the world. As early as Sept. 1, you begin to feel Christmas in the air: radio stations start to play Christmas music, and children go door-to-door (and even car-to-car in the streets) to sing Christmas carols. A very important tradition Filipinos look forward to during the Christmas season is the “Simbang Gabi”, or “Misa de Gallo”, a series of nine dawn masses performed as spiritual preparation for the birth of Jesus from Dec. 16 to Dec. 24. Also, on New Year’s Eve it’s tradition for families to prepare their dining room table with 12 round fruits for good luck.”

Africa. There are many differing traditions in Africa, based on the various religions practiced there. Christians, and those who’ve been introduced to Christmas culturally, celebrate with a decorated banana or coconut tree. Children put their shoes out for St. Nicolas to fill, and families and friends enjoy a large meal together.

Antarctica. Located in the Southern Hemisphere, December in Antarctica is in the middle of summer, and Christmas is just a few days after the longest day of the year that has around 23 hours of daylight. Residents usually gather together to eat a festive meal, though because most people live at scientific stations, holiday celebrations are usually smaller.

Australia. It’s also summertime in Australia during the holiday season, and many people celebrate Christmas at the beach with picnic foods. In fact, Santa Claus is usually portrayed in his swim gear, and instead of cookies, children leave cool drinks out for him on Christmas Eve.

Now we want to hear from you! What holiday traditions do you look forward to each season? Is your tradition personal to your family or community? How did it start? Let us know on our Facebook page, or in a comment below.