Three new travel gadgets to get you going to your destination

That’s not to say it can’t be less of a hassle, or that traveling from point A to point B can’t get easier. Here are some new gadgets that do just that, by helping you speed you through check-in and security. 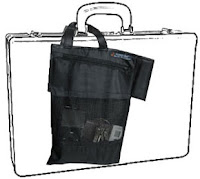 The Scanner Bag: In most airports, you’ll have to put liquids and gels into a quart-sized plastic bag for easy inspection. The Scanner Bag is a handy accessory that makes that task easier. It works like a luggage tag, but unfolds to reveal mesh pockets that hold your items. It attaches to your carry-on luggage and rolls along with it through the scanner. Now you can forget the plastic bins and bags, and stop worrying about collecting them up in a hurry after your belonging emerge from the scanner. Everything stays together, neat and tidy. 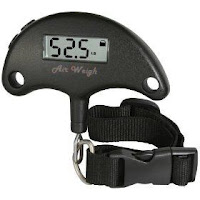 Portable scales: Most travelers collect souvenirs and other momentous, and think nothing about carrying them back in their luggage. But if your items increase their weight of your luggage over the airline’s prescribed limit, you’ll be hit with a surcharge. Certainly you could mail the items back home. But that’s not always practical. A better solution would be to bring a digital portable luggage scale with you. They’re inexpensive, easy to use, and tell you exactly what your luggage weighs before you arrive at the airport. That way you can rejigger your luggage to remain under the airline’s threshold, and know exactly what you need to include in your carry ons.

Space Bags to Go: For short trips, some people like to cram everything they need into a single carry-on bag, so they can skip the baggage check and pickup. If that describes you, you know how hard to can be to actually get everything you need into a single bag. It’s almost like a Three Stooges skit. Just as you think you have the bag filled, it pops open and your stuff flies out. Sound familiar? Then you need the Space Bag to Go. Simply put your items into the Space Bags, and roll up or push down on the bag to compress the items inside. Once compressed, you seal the bag and everything stays put. You can significantly reduce the bulk of clothing, towels, and other items. Carry more stuff while carrying less luggage! Who wouldn’t like that? The manufacturer claims you can carry 300 percent more. That sounds optimistic to me. But I do know the Space Bag does help scrunch more items into a duffel bag or traditional suitcase.

Have any suggestions for other helpful travel gadgets? Let me know! I’ll share them here.

Airport security: A world of difference between the U.S. and Israel

Share
posted: Jan 26, 2010 by: Peggy Goldman with: 1 comment
Governments around the world continue to talk up how they are tightening airport security, as a knee-jerk reaction to the failed Christmas Day terrorist attack.

It all sounds good. But I fear it’s also empty promises. I just returned from Tel Aviv, Israel. I kept a keen eye on security procedures throughout my trip. I saw some changes to security. But I was also again reminded of the differences between the U.S. approach and the rules and procedures Israel has in place. 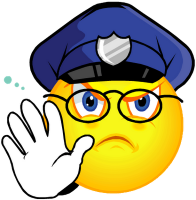 On January 6th, I checked in at Philadelphia International Airport to fly to Tel Aviv, Israel. One noticeable change at the airport was increased presence of Transportation Security Administration (TSA) officers. I counted 10 plus a dog in the area (many more than usual). About an hour from landing, the captain asked us to take our seats. We were then required to remain seated when we were 30 minutes from landing.

Other than that, it seemed to me to be business as usual. That’s not to say security was lax. Certainly U.S. airport security has become much tighter since 9/11. But other than more TSA officers and being asked to remain seated, additional security precautions were not apparent to me.

Now let’s compare the current state of U.S. airport security to Israel’s approach. In Tel Aviv, security is in place long before you arrive at the airport. On the highway, you have to pass through a checkpoint manned by Israeli border police. Officers look into your car and assess the occupants before letting the car pass through to the airport access road.

You’re screened again upon arrival at the terminal. The men and women who perform the security checks are highly trained in evaluating travelers. They look for telltale signs, check stories, ask questions, and stare you in the eye as you answer their questions.

They are skilled at noticing subconscious body language (“tells“) that can reveal when someone is lying. And they will pull you aside for deeper questioning or other actions if they have the slightest concern. You can’t check in for your flight until these officers are satisfied that you don’t pose a risk. In fact, you can easily be interviewed multiple times by various agents if any one of them doubts about your motives.

Your checked luggage is also screened before you check in for your flight. Nothing gets to the counter — much less the airplane itself — without quiet, comprehensive, repetitive scrutiny.

Ben Gurion International Airport has not had a terrorist incident nearly 40 years, despite being surrounded by legions of Jihadists who would gladly sacrifice themselves. And guess what? They maintain this successful level of security for travelers without asking any to remove their shoes.

I’m not saying international travel isn’t safe. What I am saying is that the world should take a hard look at how Israel protects travelers, and ask what we can learn from their impeccable track record. It’s especially impressive when you consider, again, that Israel is probably the radicals number one target for destruction.

It’s a shame that, since the incident with the so-called underwear bomber, some folks have been inconvenienced more than is probably necessary. I’m sure you’ve heard the stories about “the new airport security,” where delays and lines are longer and more tedious. While this is true in some U.S. airports, I didn’t experience this in Tel Aviv. It’s an interesting contrast. Ben Gurion International has tighter security, yet it is easier for travelers to deal with.

Despite the failed underwear bomber attempt, the TSA’s measures are clearly working most of the time. Otherwise, we would have experienced more incidents like the near-miss on Christmas Day, or worse. That said, we don’t want and can’t afford any more near misses or successful attacks.

We should learn from the best. And right now, the best airport security operation is in Israel. Let’s hope the TSA is paying attention.