How much responsibilty should you take for your vacation?

For those who might have missed Chris Elliott’s latest article this past Sunday (I caught it in the Philadelphia Inquirer), I wanted to share it with you here today.

In the article, a traveler wrote to Chris for help because a hotel refused to honor a price they had mistakenly printed as a keystroke error. The hotel manager still gave the traveler a significantly discounted rate, and waived other associated fees with staying at the hotel, such as the mandatory valet parking fee. Still, this traveler was adamant that the original price be honored.

Clearly, this traveler expected Chris — the champion of travelers’ rights — to side with him. And here’s where some readers might have been surprised. Chris did not believe a hotel should be forced to honor a price that was printed in error, if the price was obviously too good to be true — such as a $28 night at the Westin.

The point that Chris drove home in his article is that just as vendors have a responsibility to travelers, we as travelers also have responsibilities as consumers. We’re all human, we all make mistakes, and we all need to have understanding.

In my own opinion, that traveler was being unnecessarily demanding, especially considering the many ways the hotel tried to make it up to him. So I greatly appreciated Chris response. This leads me to the subject I wanted to write about today: What happens when something goes wrong on your trip?

What happens if a weather delay grounds you in an airport in the middle of a vacation, when you’re supposed to be en route to a new city? We had to deal with this exact situation this past week on one of our Taste of China tours. 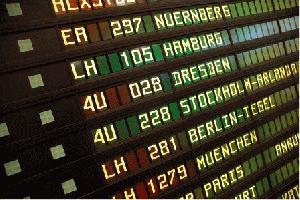 A heavy fog prevented a plane of Friendly Planet Travel passengers from landing at the destination city of Shanghai. Instead, the plane landed at the next nearest airport. The problem was, people had signed up for a tour, and this was not part of the plan!

The Friendly Planet Travel operator — who wants very much to accommodate the group the best way possible — turns himself into a pretzel to find an alternative way to get 34 to Shanghai as quickly as possible. He finds a way — at a minimal cost —  and ultimately saves the day. But wait. These new arrangements — everything from new tickets to accommodations — will now cost our travelers an additional $157.50 out of pocket.

Some of our passengers were NOT happy. I spent the entire afternoon fielding complaints from livid customers who had not been told they would have to pay this extra amount. And immediately Chris Elliott’s latest article was called to mind. What should you expect when you travel? What should a responsible person be thinking about? How should you really prepare for a trip? Are there times when you have to know that things can go wrong?

There’s a situation known as force majeure: situations that no one can control (such as bad weather). You can’t, as a travel dealer, create a fantastic deal that includes a great trip, wonderful arrangements, all for an incredibly good price, and still have the buffers to cover $157.50 for 34 people.

So I wrote a letter to everyone on the trip, explained what had happened, and apologized that they hadn’t been told about the cost. I asked them if they would be willing to pay this extra cost, so that our China rep wouldn’t be liable for this money himself.

Out of 34 people, 23 immediately paid the $157.50, and the there were another few that said they would pay later. The remaining members were still angry. In situations such as this, most people are very understanding, but there is truly something to be said about having some responsibility for the way life sometimes works. As I said, force majeure — when something is no one’s fault.

My takeaway: When you prepare for a trip, don’t forget to mentally prepare yourself for situations that can arise when you’re away from home. Friendly Planet Travel promises to take care of you when you travel with us, but we still ask that you understand that in situations beyond our control, we sometimes need a little wiggle room from you.

We will always make the decision that we feel is right for you, no matter that. That said, every traveler needs to make the decision to travel responsibly. And as every experienced traveler knows, life happens. (And sometimes, life makes for the best stories ;))